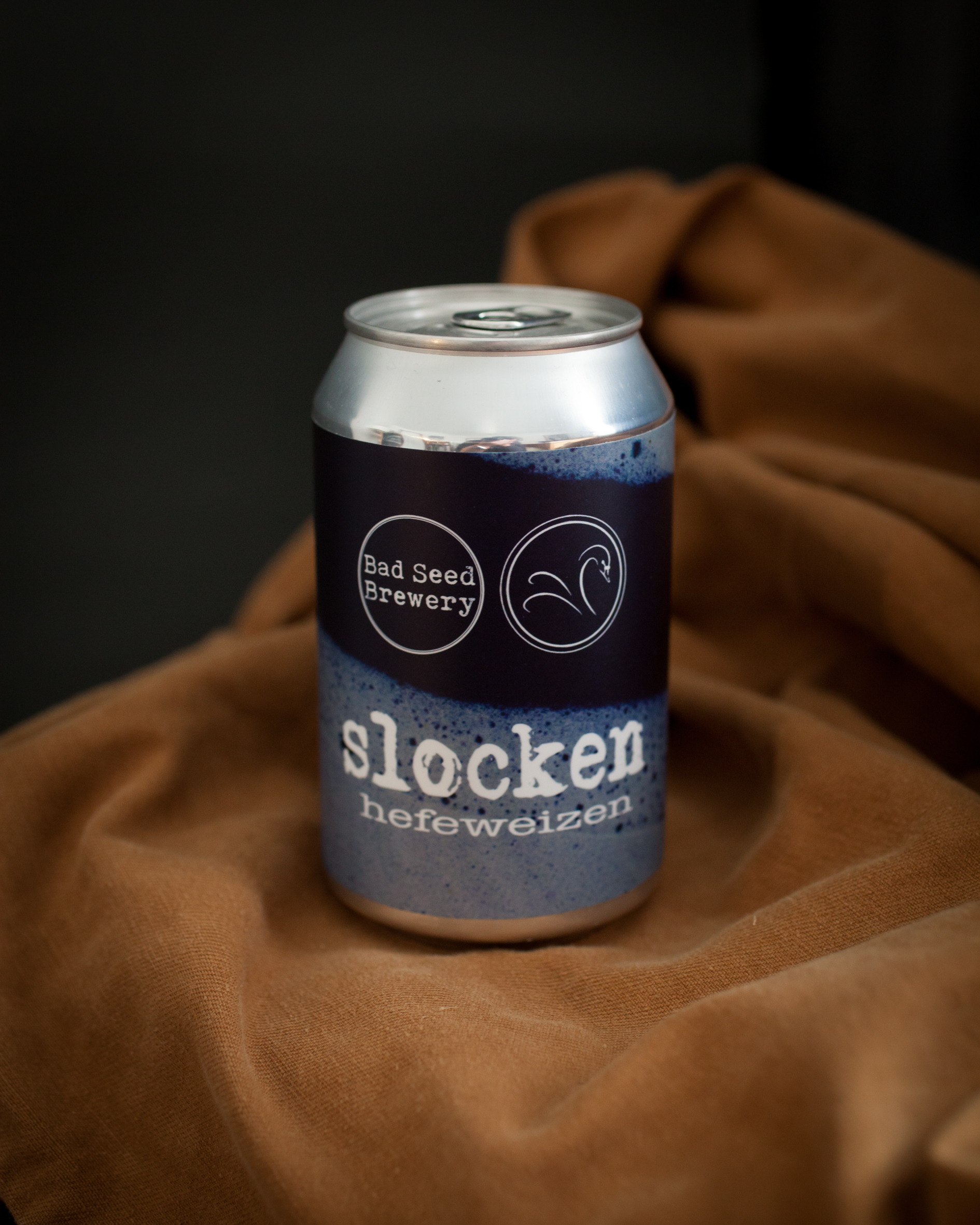 We are constantly playing with ingredients and developing new combinations at The Black Swan, but certain things seem to work really well and find their way back onto the menu year after year. One such favourite is a raw venison dish that we like to serve as one of the early courses in spring time. It resembles steak tartare, with lovely raw deer bound by a homemade chilli ferment and seasoned with wild garlic. This year smoked bone marrow has been added giving more richness which is balanced with beer that has been reduced to give an intense slightly bitter acidity. A big hearty red wine might seem like the obvious match to venison, but when served raw the meat is really quite rich and bone marrow is even richer, so we actually prefer to drink a refreshing beer with it!

After work we tend to drink a beer (or two), and many of our favourites come from The Bad Seed Brewery in Malton. We are really pleased that Chris and James from Bad Seed kindly agreed to make a very special beer with us that is specifically designed to be drunk with our venison dish. It’s a version of Hefeweizen (“Yeast Wheat” in German) which is a style of unfiltered wheat beer traditionally made in Bavaria and personally one of my favourites. A large proportion of the barley normally used in other beers is substituted with wheat, resulting in a smooth sweet-tasting brew. The lack of overpowering hoppy bitterness seems to make it a real crowd pleaser and a perfect match to the venison. 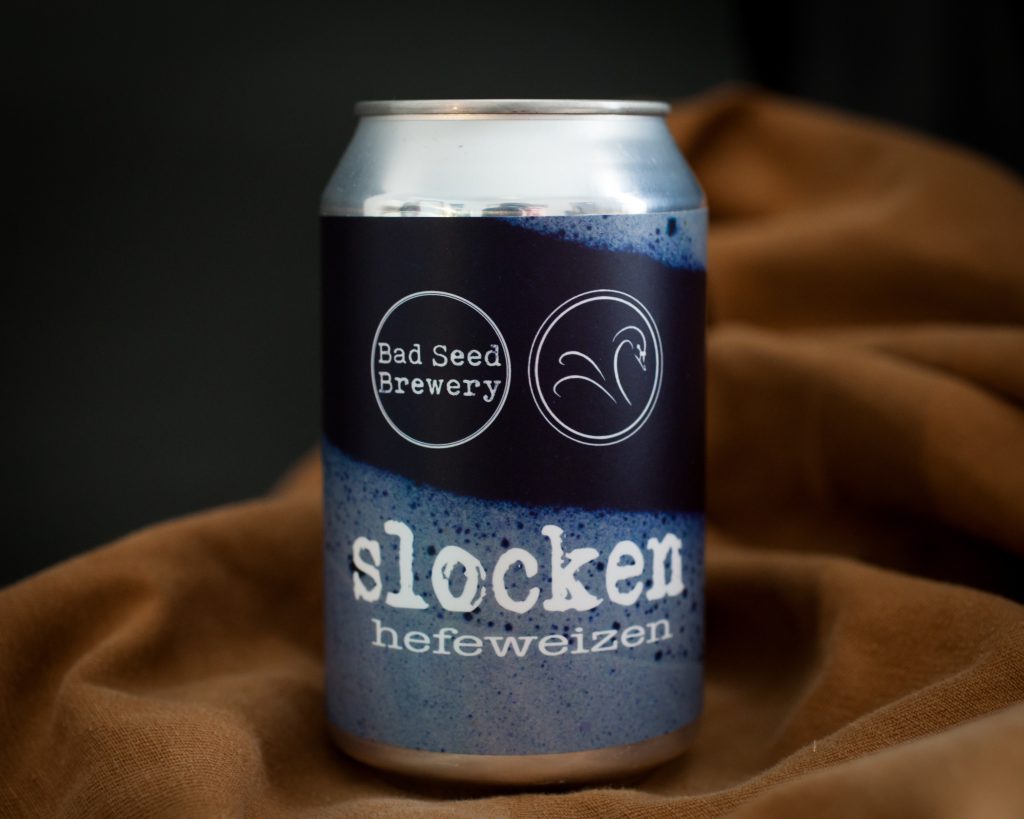 Slocken is an old Yorkshire dialect word that means to slake (to quench, to extinguish).

My Grandad Fred, lived in Oldstead all his life and like most Yorkshire farmers of his generation, he could speak the local Yorkshire dialect. I found it fascinating how he could talk perfectly normally to me one minute, and then on meeting another old local they would slip into what seemed like a completely different language. Sadly the use of Yorkshire dialect has now almost completely faded but we do still use some of the words. They somehow feel appropriate and when it comes to “slaking the thirst” after a long days work in the fields there’s nothing better than beer. 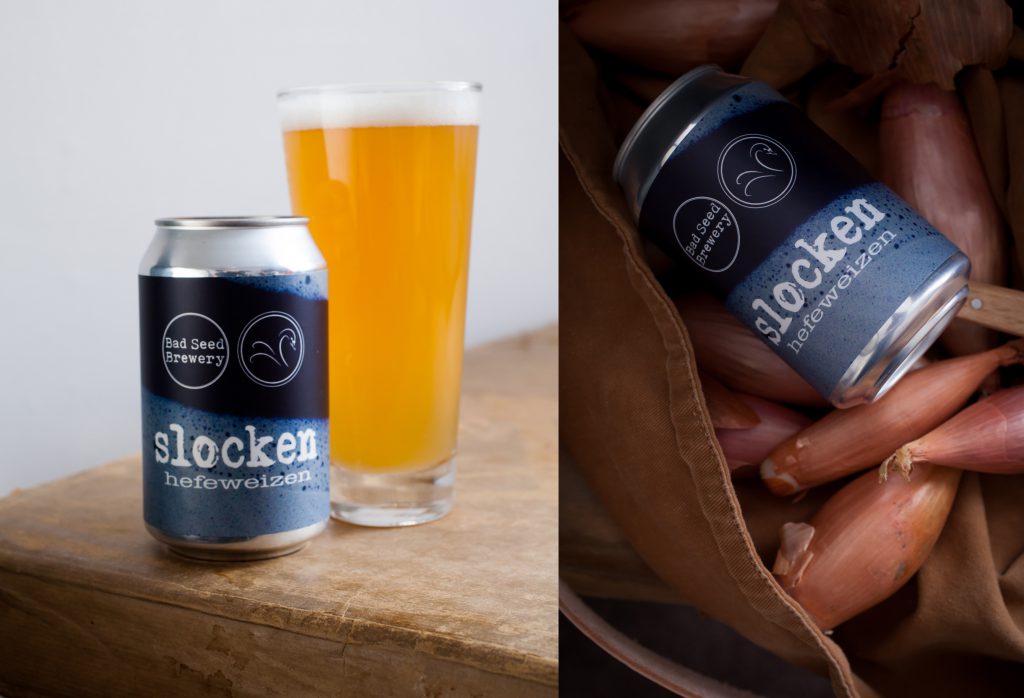 Chris’s label design is based on one of Jane Schaffer’s beautiful blue plate designs that we actually use at The Black Swan for Tommy’s beetroot dish, as seen on MasterChef the other week! 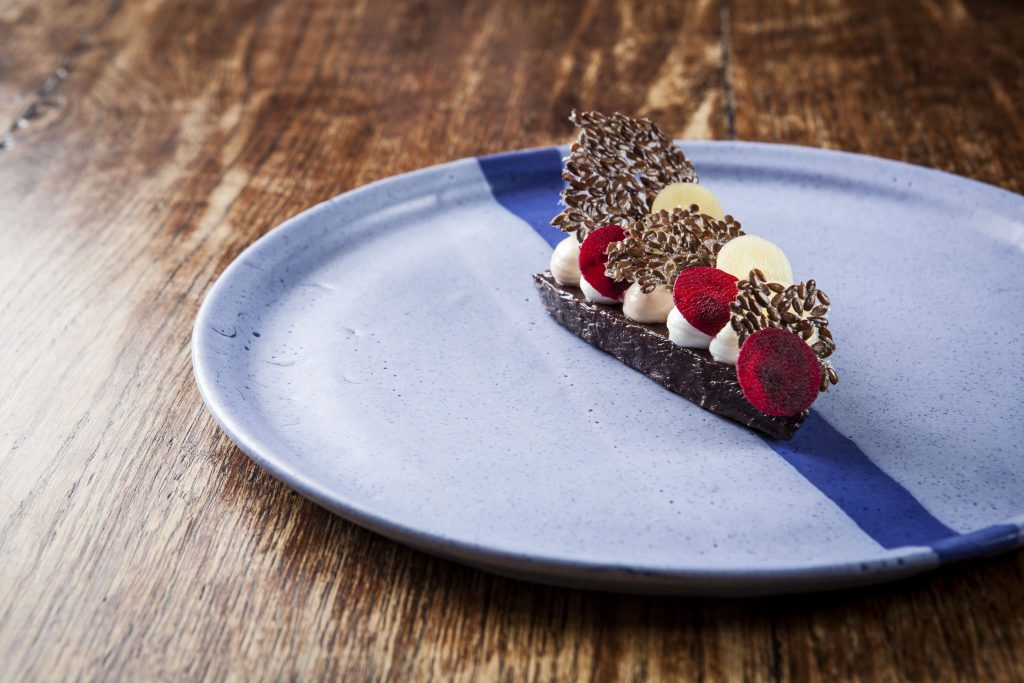 All adventures start with a Bad Seed of an idea – and this adventure has only just started, so watch out for future projects…

When life gives you (Oldstead) Lemons…